I got given some really lovely glitter polishes from a friend and I thought I would try them out...

I started off with Nails Inc. - Romily Street in the bottle it looks like it is jam packed with magenta flakes but as I used it it seemed that there was a lot of gold and green flakes. I used this glitter polish on top of one of my favourite polishes BC&Co. - Shade 6.  I think using the magenta polish doesn't give the glitter enough time to 'pop' so when I use this polish again I would probably use it on a gold or green polish. So that the magenta stands out.

The other design I came up with is... 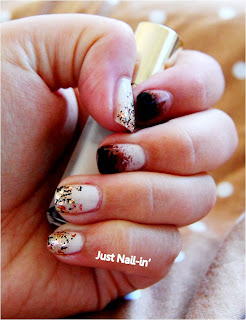 For my thumb, ring and pinky nails I used L'Oreal - Opera Ballerina and then used Nails Inc. - Newburgh St. Again I was surprised by these polish, looking at the bottle it looks like there are only bronzey gold glitter flake in there but then as you put it on there were these little black stripe bits. I am not going to lie when I say that I think it ruined this mani. I wanted to have it mostly the cream and the gold but with the touch of black it became way to harsh, I did try and co-ordinate the colours by adding black on the other ombre fingers but it was just too harsh.

Overall these glitters are really pretty but I would have liked a little bit of a heads up about what to expect. I have, however, learnt my lesson and will try the glitter polished before I come with a mani. Just so I know what to expect.
The positive about these polishes is that they are jam packed! When you normally use a glitter polish the glitter bits are usually few and far between, so these were a present surprise. 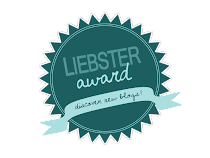